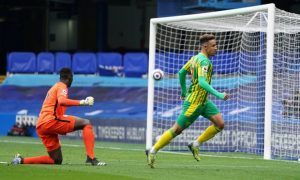 It was all very much Week 1 actually…

A third of the league could have won it in a week that saw only nine players get 25 points or more.

John J put up a spirited scrap for the weekly honour but was ultimately brushed aside by the majestic Barnsley correct score double that secured Darrel Shannan 28 (5) the £20 prize!

Well done D, despite the lowly total, that is an impressive victory!

So at the other end of proceedings, sixteen people couldn’t manage to get to 15 points and 8 of them didn’t record a correct score.

Two were unable to struggle up to double-digit points but new dad Alex Taylor 8 (0) no doubt has a bonafide excuse!

Painful at best…most popular score was Luton’s 1-2 defeat to Barnsley– 25 of us got that!

Ten had Bournemouth’s 3-1 win over Stoke

However, this week’s best correct score goes to John Jennings for his I-know-a-comeback-when-I-see-one inspired, Southampton 3 Burnley 2!

Chris Dixon was on “Bet of the Week” position 45th in Week 7 so we asked him to provide a treble selection for the £3 “trixie” bet.

The King is at 65th this week…

Jazz, I need your 3 team treble by Friday, please! Let’s get it going…

Dan Hogwood is still bottom, three points behind Mr 2-0, who in turn is 3 points off Gary B… I can see a pattern forming.

“Loops In The Secret Society”:

Who will make the Final?

In order to be invited to enter the PAS Euro 2021 (with benefits! Read the rules…), you will have to finish in the Top 32 after 13 weeks of play. Currently sneaking the last spot is, surprisingly…Tony Morris!

Mikel, we are NOT Man City…