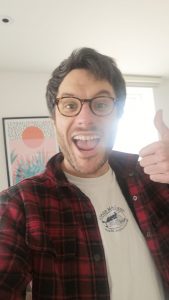 In a week that saw Frankie F blaze out the traps like the aforementioned West Ham, it took a Super Sunday comeback to secure this week’s £20 weekly prize.

Only 3 punters made it past thirty points this week (only 8 made it past 25!) – one of them, Frankie, dropped off dramatically on Sunday only adding 6 more points.

Alex R looked good to go on Saturday too, but only managed five more points after that.

So our winner only actually predicted for 29 games –  but still managed to amass a bumper 15 points on the Day of Rest.

Congrats to Bijay Lama 43 (9) then – no doubt he’ll be lighting up the What’s App group and shining a light on his less eminent buddies to boot!

It’s becoming apparent that consistency in football is like truisms from politicians – sporadic at best, short-lived, misleading & consigned to a long last past where we had jumpers for goa…blah blah blah

30 people scored no more than 15 points in another coupon-busting round of fixtures.

Two didn’t even get to double-figure points.

We’re having to work for it this season …most popular score was Stoke’s 1-0 defeat of Derby County– 24 of us got that!

Twenty one got Watford 3 Birmingham 0

Paul Henshaw was on “Bet of the Week” position 11th in Week 5 so we asked him to provide a treble selection for the £3 “trixie” bet.

John Jennings is at 33rd this week…

JJ, I need your 3 team treble by Friday, please! We need a winner to buck a worrying trend!

Bijay Lama climbs thirteen places to the summit, 6 points ahead of Simon B in second, who in turn is one point ahead of Ben H…

Howard Thomas is still bottom, four points behind Dan H, who in turn is 1 point off Dave C…

We had 2 successful jokers! And, 2 hammerings! And…

But what were the scores? And who went through on aggregate?!

So, a chance of an all Man Yoo or all Arsenal final then…or not!

In order to be invited to enter the PAS Euro 2021 (with benefits! Read the rules…), you will have to finish in the Top 32 after 13 weeks of play. Currently sneaking the last spot is still the (firm gripping) handy…Andy Kelly!

CL Semi Finals draw will be broadcast on the What’s App group on Wednesday!