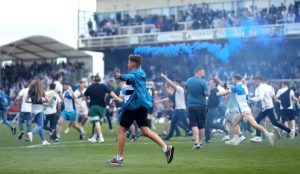 “One child grows up to be, somebody that just loves to learn…”

Another up close and personal week to end the season, with 10 punters breaching the thirty points mark.

But, intrigue came cos it was the “not yer usual” contenders that made the story.

Which probably goes some way to explain the ridiculous scorelines that came in this week….

Rowan M was up there! Ryan G was up there! Howard T was up there! I was in nosebleed territory with a heady 38 points – with a couple of 90th minute goals that made my brain spin and gave licence to dream of a weekly win..

However, opening and closing with 2 x 9 pointers (courtesy of injury time goals in both games to boot!), Greg Fleming 45 (5) stole the show and the booty!

Sly moves nephew – you better buy me a beer with that £20!

“Come on, everybody get on up, ‘Cause you know we gots to get it crunk…”

Once again, some decent “rubbish” scores at the other end as only five players failed to reach 15 points.

Just 4 didn’t register a correct score with Sam A grtful for the one he did notch!

So, Patricia Fernandez 11 (0) finished bottom yet again as the cavalier attitude to form and league position continues to all but guarantee yet another wooden spoon – I think the next one is gold one!

Yessssssss…most popular score was Blackburn’s 1-2 win at Birmingham – 25 of youse got that!

Howard T (again!) just knew Burnley would score against Villa for a 1-3

However, this week’s best correct score goes to Luke Stafford for his I-always-try-to-finish-on-double-two-even-on-PAS inspired, Chelsea 2 Wolves 2!

Lee Taylor was on “Bet of the Week” position 33rd in Week 12 so we asked him to provide a treble selection for the £3 “trixie” bet.

Great effort from all our BoTWers this season.

Say it quietly, but I think we may be onto something here…but I always say that, don’t I….

It. Was. Really. Dramatic!

We had 1 successful joker! And, amazingly, 1 draw!

But the only successful “joker” of four earned Chris D a draw against Mark S in a 25 (3) all draw!

It went to extra time (9 games on Wednesday) and, amazingly, that ended 12(1) all causing much consternation at PAS Towers.

So, a hastily arranged inaugural penalty shoot out took place last night over 5 very random games (yes, including THAT derby…) –  and Mark Seels emerged the winner by 5(1) – 4 (0).

Now that was a Cup tie!

Commiserations to the losers – the £30 should see you right though eh?!)

A “two-part” final, the showcase being Chelsea v Liverpool. TOMORROW!!

A “two-part” final, the showcase being Liverpool v Real Madrid. 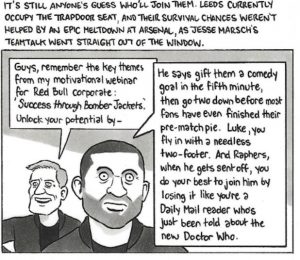 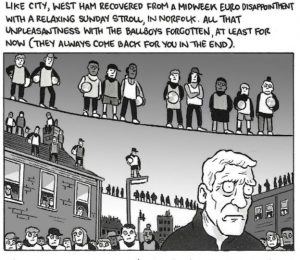 Thank you very much for taking part in another fab season – we couldn’t do it without you!

It’s The PAS World Cup in November so you’ll have to take part in Lucky 13 Winter ’22 to qualify!!!

Make a note as you’ll be getting a constant stream of reminders from, erm, July onwards…

So don’t worry, Rishi hasn’t got your winnings – I have!