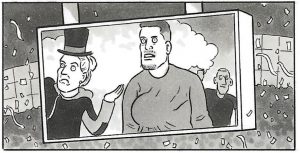 Week 12 proved to be one of the best (ever?) PAS weeks in a long long time. It was success across the board and the £20 weekly prize has never felt so well earned!

Twenty five of you scored a sound 30 points or more but the scrap at the top of the pile was mired in injury time joy & pain – a-Maze-ing!

Simon B chipped into the challenge with last minute correct scores thanks to Coventry and Wilf at Southampton, only to find he was undone by Sheff U the night before.

John N saw Palace, Villa and Leicester gift him 13 points at 90+ minutes. Alas, Sheff U and Coventry did for him…

Martin S crept up on the blind side benefiting from Coventry’s goal but ultimately rueing Sheffield Utd’s 94th minute, totally unnecessary, cherry on the cake third on Friday night.

So, that left our winner ironically cursing Zaha’s 91st minute winner AND that Coventry goal but revelling in an ex-City striker landing a super Sunday 5 points at Spurs in the 91st minute!

Pete Britton 39 (6) you’ve Kelechi Iheanacho to thank for putting you that vital point clear – you know his middle name is Promise, right?!

“Killing In The Name”:

Back in the real world where last minute goals ALWAYS go against you (yes, I know I got the Spurs one this week but, really, you should see the list of last minute crimes against good honest correct scores I’ve got written down in RED PEN AND UNDERLINED!) it was a chore as usual.

On a bum note, bringing up the rear this week is the guitar strumming Rowan Marriott 13 (0).

Roland! You need to get out of your shed, fella!

My word…most popular score was Tottenham’s 3-1 win over Leicester – 22 of us got that!

Five(!) doffed a cap to City’s 0-4 deconstruction of Dirty Leeds

Four more got the 1-3 PNE win over Barnsley

Martin Stafford was on “Bet of the Week” position 60th in Week 10 so we asked him to provide a treble selection for the £3 “trixie” bet.

Danny Ashworth was on “Bet of the Week” position 45th in Week 11 so we asked him to provide a treble selection for the £3 “trixie” bet.

Michael van Gerwen to beat James Wade – missed the board

Danny, on the other hand, smashed in a full house!

“Let’s banish the curse of the early kick off…”

Liverpool to win at Newcastle – tick

Preston to win at Barnsley – tick

Let’s go out as we meant to go on!

Ben Hogwood still has top spot, but now only a retrievable (?) 5 points ahead of debutant John N, who in turn is three points clear of Pete B in third…

Tim Payne slides one place to the bottom, six points behind Joanne McK, who in turn is 2 correct scores off Patricia F…

Go on Mum! Show ‘em that Katie Taylor isn’t the only girl from Bray who can scrap!

PAS will be, and always has been, impartial during season time…

“Take The Power Back”:

We had 2 successful jokers! 1 hammering! And, 2 away wins!

Two won their games with 32 points & one lost their game with 25 points!

Here are the 1st leg scores…but who went through to the Big Cup Final??!

Commiserations to the losers – your prize money will be with shortly – look out for that Monzo prompt!

Aaahhhh the magic of the Cup! Quarter Final ties in Week 13!

Neutral grounds in the PAS Cup (we went Old Trafford and, erm, Subaru Park) so it’s a “joker” fest for all!

In order to be invited to enter the PAS Champions League 2022-23 you will have to finish in the Top 32 after 13 weeks of play. Currently sneaking the last spot is, “It’s howay not haway”…Pete Hawdon!

* yes, a diary.With real writing done with a pen in it – it sits next to my “teams I hate for scoring injury time goals” logbook…