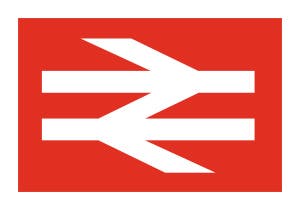 “Let the train cause the pain…”

“Touched By The Hand Of Cicciolina”:

Usually I have to spend hours (HOURS!) thinking up clever, witty ways to break the news how the week was won, do actual research into who predicted what & source which last minute goal tipped the scales in whose favour…yep, it’s hard work over this side folks!

Well, I managed a week off this week as Richard Hirst 38 (6) absolutely walked it this week leaving his nearest rival a good 7 points in his wake! £20 coming your way Tricky – 96th minute consolation goals at MK Dons, eh?!!

Innit ‘oribble when Mr 2-0 beats your weekly score after you’ve toiled & laboured for hours (HOURS!) when a simple default would’ve sufficed. The “default” got 23 points this week – that’s eleven more than me – hmmmppph!

Still, our man Down Under, Paul Carter 8 (0) did the decent thing and defaulted the blushes of Joanne McK

Bet his galahs are flaming though…

We might as well change this game to “predict-a-XP Goals”…most popular score was Brentford’s 1-2 win at Watford – 24 of youse got that!

Four got the dull-all in Boscombe

Luke S revelled in the schadenfreude of Spurs being Spurs

However, this week’s best correct score goes to Norman Lee for his he’s-gonna-do-it-again-isn’t-he inspired, CR7 3 Norwich 2!

Frankie Fernandez was on “Bet of the Week” position 83rd in Week 9 so we asked her to provide a treble selection for the £3 “trixie” bet.

Damian H & Martin S are at 60th this week….first out the hat was Martin!

Need some of that northern soul sparkle mate…

Ben Hogwood slides up 3 places to the summit, 5 points ahead of Simon Lindq, who in turn is four points clear of John N…

No one crashed the Top Ten!

Patricia Fernandez is still bottom, but now only three points behind Tim P, who in turn is 1 point off Joanne McK…

We had 1 successful joker! 2 away wins! And, 1 hammering!

All to play for then…sort’ve

Aaahhhh the magic of the Cup! Semi Final ties in Week 13!

In order to be invited to enter the PAS Champions League 2022-23 you will have to finish in the Top 32 after 13 weeks of play. Currently sneaking the last spot is, Darlo’s “Mr Big”… Dom Webber!

THAT semi final wasn’t that exciting…