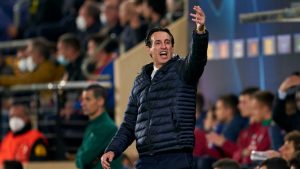 Sorry, yes, I know, i’m very late AGAIN this week,  so i’ll cut to the chase…

Only five punters scored 30 points or more perfectly illustrating what a rubbish week it was.

One Swede (not a turnip!) took full advantage as the rest of us had a “fika moment” though, courtesy of the 93rd minute penalty for QPR at PNE. Those four points and made all the difference!

Simon Lindquist 39 (6), spending your second of the season £20 weekly prize on delights from the smorgasbord?!

Meanwhile, it was as equally abject at the other end of the table.

It was a twin effort of maximum failure though this week, with Simon (not that one, this one) Lindsay and Greg Fleming 8 (0) begging for more at the soup kitchen of points…

Ugh…most popular score was Swansea’s 2-1 win over Derby– 26 of youse got that!

Nine landed on  the two-two in Dundee. The right side of Dundee…

6 were grateful for the 3-1 Jambo win over Hibs

Mark Seels was on “Bet of the Week” position 33rd in Week 8 so we asked him to provide a treble selection for the £3 “trixie” bet.

I think he got confused.

Francesca Fernandez is at 83rd this week….

Simon Lindquist springs 9 places to the top, 1 point ahead of John N, who in turn is four points clear of Neil M…

Patricia Fernandez stays rooted to the bottom, now ten points behind Tim P, who in turn is 3 points off Greg F…and Croydon wails.

Commiserations to the losers (the £20 should see you right though eh?!), but who went through to the semi-finals?!

In order to be invited to enter the PAS Champions League 2022-23 you will have to finish in the Top 32 after 13 weeks of play. Currently sneaking the last spot is, “to rock a rhyme that’s right on time, it’s…” Richard Hirst!