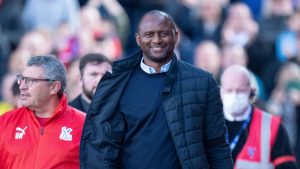 Sorry, yes, I know, i’m very late this week so i’ll cut to the chase…

Only eight punters scored 30 points or more this week so it was tight at the top.

One canary (in a goalmine!) flew highest though via the 99th & 90th minute goals at Coventry & Peterborough respectively. They combined to give him a whopping 13 points and made all the difference!

Meanwhile, it was equally as tight at the other end of the table.

It was a triptych of abject failure though this week, with Jason (or is it Tony?) Morris, Rich Lee and my mum 11 (0) choking and gasping for air…

Six turned up Brighton 0 Norwich 0. Then sobbed a little bit as he thought of those poor souls who were actually there.

Richard H & David G said “Look at me! Yes! Me!” for their Bournemouth 3 Bristol City 2

Dom W landed on  the two-two in Dundee. The wrong side of Dundee…

However, this week’s best correct score goes to Paul Carter for his I-predict-a-riot inspired, Luton 2 Millwall 2!

Ric Pardoe was on “Bet of the Week” position 45th in Week 7 so we asked him to provide a treble selection for the £3 “trixie” bet.

We’re gonna build a statue of this lad!

Another full house from the Stockport Selector…

“I’ve backed these three with the remaining 97p in my William Hill (other money draining bookies are available) account…”
Mansfield to beat Northampton – nervy 1-0
Sunderland to beat Gillingham – very nervy 1-0, 95th minute winner!
Halifax to beat Wealdstone – Mr 2-0 was on it”

Seelsy, I need your 3 team selection by Friday, please!

Pete Britton leaps 4 places to the top, 2 points ahead of Ben H, who in turn is four points clear of Simon B & John N…

Patricia Fernandez stays bottom, now eight points behind Tim P, who in turn is 6 points off Will O…and Croydon weeps.

One won their game with 19 points & two lost their games with 21 points!

Here are the 1st leg scores…but who went through to the semi-finals?!

Aaahhhh the magic of the Cup! Quarter Final ties in Week 9!

In order to be invited to enter the PAS Champions League 2022-23 you will have to finish in the Top 32 after 13 weeks of play. Currently sneaking the last spot is, the non bat head biting…Neil Osborne!