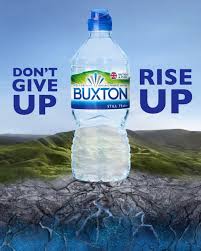 Jack The Lad didn’t muddy the waters last season…can you take his crown?

We’re back! With a bang!

No, not Arsenal again – PAS!

Although given the sharpness of this update, I could’ve waxed lyrical about “trusting the process” and how karma works (Granit! Jose is on the phone…) and gone into the absurdness of that new handball rule <sniggers, thinking of OT…>

I’ll cut to the chase as it was all about the Swedes this week – and, they deserve a break from pillaging, right?

One Viking quite clearly not in the long boat this weekend was Simon Lindquist 47 (6) who deftly mashed a compatriot just like Hagar The Horrible!

Poor Anders H has Bournemouth’s Siriki Dembele to growl at for denying him a weekly win courtesy of that 95th minute goal in Blackpool.

So, congrats Mr L, £20 winging its way back to you ASAP – should secure you one of those natty horned helmets that your ancestors didn’t actually wear…*cheeky tongue out emoji*

Thirty one of you managed that, but 10 punters couldn’t manage more than 15 points this week  – and eleven couldn’t muster a correct score!

That, mis amigos, is a strong start…most popular score was Bournemouth’s late late 1-2 win over Blackpool– 23 of youse got that!

Twenty one had Celtic’s merciless deconstruction of Raith Rovers

Eleven were all over the Scottish Cup 0-3 to Dundee

Jason M, Paul C & Predictz got the dull-all at that bus stop in Hounslow

David G (again!) turned up WBA 0 Sheff Utd 0. Then sobbed a little bit as he thought of those poor souls who were actually there.

I said “Look at me! Yes! Me!” for my little brother approving Portsmouth 4 Doncaster 0

However, this week’s best correct score, and therefore Best Correct Score of the Season, goes to Pete Clarke for his I-just-knew-there-was-a-nine-pointer-on-offer inspired, Reading 2 Coventry City 3!

But last season, we did alright. Welllllll, alright(ish)…

We’re being brave and we’re gonna stick with it to see how we go!

So, youngster Sam Osmond is first up. (ask your Dad first Sam!)

Sammy, I need your 3 selections by Friday please! It can be a home, away or draw. It doesn’t have to be football! It can be horses! Or dogs! Or fighting crickets! But not cricket…that’s a step too far!

Let’s get off to a winning start for a change.

Please be aware we lost quite a few players but we can still gain some more (thanks to those of you who recruited the newbies this season – love youse!) – so if you know anyone out there who wants to get involved, put them in touch!

…here is the draw!

The girls stuck together and the families stayed apart!

…here is the draw!

We have the “BFF” derby, a Toon derby, one kid playing her Godfather and the other kid with a chance to knock out the League Champion!

In order to be invited to enter the PAS Champions League 2022-23 you will have to finish in the Top 32 after 13 weeks of play. Currently sneaking the last spot are the Don Dada…Nick Hogwood!