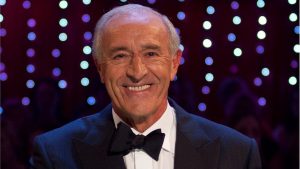 “Sweet Dreams (Are Made Of This)”:

Another old-skool PAS week (in that a lot of scores went the way they were supposed to!) meant that it was a close congested field once again.

Despite that, only 9 players (including me! Yes. Me!) scored thirty points or more.

This kind of form has definitely come too late for most (moi, again!) and maybe we’ll have one last competitive round for the end of the season… which looks like it may be just in time (gulp!)

Anyway, eight of us got a bit giddy at the thought of winning the £20 when the last game was postponed due to Covid (actually, will we get the last week in? Should we abandon the season if we don’t??!) but what we didn’t bargain for, was one PAS old-skooler’s relentless march to the top with quite an astonishing performance!

Ryan Graves 42 (7) quietly notched up his correct scores with a flurry of 1-1, 2-1 & 1-0 scorelines and only failed to predict the correct result of eight games!

Bravo mi Bromley (or is Beckenham?!) amigo – will that “score” contribute to a punt on a Liverpool treble this season??!

At the other end, 15 punters couldn’t manage any more than fifteen points this week.

Twelve shied away from a single correct score but thankfully the shame of not getting into double figures was swerved this week.

So, who had their head hanging in embarrassment?

Darren McCarthy & Mark J Brown 13 (1) brought up the rear togevver. So they can hold hands in some sort of Mersyside harmony PR…

Didn’t we do well…most popular score was Derby’s 1-0 win over Blackpool– 19 of youse got that!

Paul C & Moi got the dull-all at Turf Moor

David G said “Look at me! Yes! Me!” for his Crystal Palace 3 Everton 1

Norman Lee was on “Bet of the Week” position 45th in Week 11, so we asked him to provide a treble selection for the £3 “trixie” bet.

Danny Ashworth is at 60th this week….

Daniel(san), I need your 3 choices for a trixie by Friday, please!

Give us some Christmas cheer!

Jack Buxton makes his move and goes 6 points ahead of Matthew M, who in turn is nine points in front of Chris D…is it a one horse race now?

“Love Is A Stranger”:

Matchday 6 Group games – the last of the group stage!

We had 15 successful jokers! 5 hammerings! And, 5 away wins!

The groups are now concluded – congrats to the Last Sixteen!

We had unblemished records in Groups A & G, a love story in Group B, “goal difference” deciding between all four in Group C (spoiler alert – arrrrrggghhhhhhh!), one “goal” deciding Group D, easy rides in Groups E, F & H….

Final tables can be found here

In order to be invited to enter the PAS Cup 2022 you will have to finish in the Top 32 after 13 weeks of play. Currently sneaking the last spot is not an alpaca…Bijay Lama!