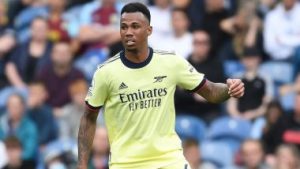 Yet another unpredictable week (no, really…) wreaked havoc on perfectly sensible predictions (you can see where i’m going here…) to produce a week where a mere 16 players registered 30 points or more.

But it was close at the top – all sixteen could’ve won the £20 weekly prize!

Bijay L had a couple of 5 pointers to go with his 8 pointer, but then faded away on Sunday.

Alex R actually did his scores and nailed his beloved Liverpool’s 4-0 scoreline…only to ebb away after a strong Sunday start.

Matthew M was in the box seat and odds-on to top the week after notching that Celtic 1-2 – but then inexplicably thought that Man Yoo AND Derby would prevail. No, really…

Congrats Ant (or is it Dec?) you can use your winnings to get a nice haircut like Eddie now can’t ya! (man)

This season is horrible, right?

Only one though didn’t get to double figures this week.

Please make it stop…most popular score was QPR’s 1-2 win at Derby – 22 of youse got that!

Fourteen got the 1-3 Teddy Bears win over Livingston

Five got the dull-all at The Posh

4 got Bournemouth’s “Desmond” with Coventry City

However, this week’s best correct score goes to newbie Damian Heavern for his I-did-a-Red-Bull-warm-up-too-inspired, Leicester 4 Watford 2!

Richard Hirst was on “Bet of the Week” position 83rd in Week 9, so we asked him to provide a treble selection for the £3 “trixie” bet.

It’s not going to plan….

“My bet is Huddersfield, Mk Dons and Bradford (all to win)”

Daniel Hughes  is at 33rd this week….

Dan, I need your 3 choices for a trixie by Friday, please!

Matthew Murphy maintains pole position but now 10 points ahead of Jack B, who in turn is two points in front of Chris D…

One(!) crashed the Top Ten.

Predictz slips 4 places to the back of the pack , four points behind Moi, who in turn is 6 points adrift of Dan W…

This is it now…but Paul V, Jack B & Lee F join Olly O, Kate S & Samantha R in the knockout stages and can play the kids in MD 6!

In order to be invited to enter the PAS Cup 2022 you will have to finish in the Top 32 after 13 weeks of play. Currently sneaking the last spot are the inseparable …Scott Harrison & Daniel Hughes!