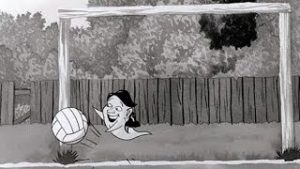 If I told you Mr 2-0 nearly won this week, you’d despair, right?

If I told you a Swede who forgot to do his scores nearly won, you’d give up, right?

If I told you a relative newcomer with previous mid-table PAS credentials nearly won, you’d kinda hope it was you, right?

Well, what about if I told you a kid who finished bottom last week turned the ridiculous into the sublime and won? You’d clap, right?

Well Luke Stafford 43 (7) did just that, but you may mute the applause when you hear that of the 21 games he didn’t submit a prediction for, he picked up 4 correct scores! And of the eight games he DID predict, he scooped a 3-0 and that 4-0!

Bravo Luka, the £20 is on it’s way! You obviously took my advice on doing your homework last week eh??! (I’m taking a 50% consultancy fee…)

But not as sick as the 14 punters who didn’t break the 15 point barrier this week.

Or the 3 who didn’t register a correct score.

Or, indeed, Rowan Marriott & Dan Wayman 9 (0) who brought up the rear as the only ones not to get to double figures.

Mike K (again!) & Luke S will shout out loud about the humbling of Arsenal by Liverpool

However, this week’s best correct score goes to nobody cos-there-wasn’t-any-unique-correct-score inspiration…!

Dan Clarke was on “Bet of the Week” position 33rd in Week 8, so we asked him to provide a treble selection for the £3 “trixie” bet.

He gave us what we want & went leftfield…

“With everything crossed that this is more like week 5 than any other week, I would like you to put our money on –

Richard Hirst  is at 83rd this week….

Tricky, I need your 3 choices for a trixie by Friday, please!

Can you get us a “full house”?! Or half a house at least?

Matthew Murphy jumps to the top of the pile, 2 points ahead of Jack B, who in turn is eight points in front of Chris D…

Simon Turnbull now anchors the league, six points behind Dan W, who in turn is 2 correct scores adrift of, ahem, me…

In order to be invited to enter the PAS Cup 2022 you will have to finish in the Top 32 after 13 weeks of play. Currently sneaking the last spot is the definitely not in Antarctica…Scott Harrison!