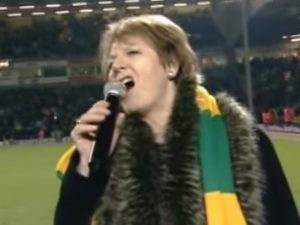 Did you find, literally from the off this week, you were left reeling as score after score filtered throuhg in the polar opposite to what you predicted?

In a week where only 7 players managed 25(!) points or more, six of them all had valid claims on the top spot as it came down to a correct score tally difference.

However, when it comes to actually winning, never write off a sleeping giant!

Especially one of PAS royalty!

Our all time PAS top earner friend from the Lane, Jazz Sian 30 (4) cut a swathe through the bleak week and pillaged the £20 weekly prize courtesy of two last minute goals in the Championship!

King J, tip your crown to Messrs Moore of Cardiff and Godden of Cov…

Guess what?! I had a decent week – which can only spell bad news for those other bottom dwellers!

Forty (40!) people couldn’t muster more than 15 points this week with 18 unable to nail down a correct score…

But our current league leader started to crack under the pressure –

Another harsh week…most popular score was Blackpool’s 1-1 draw with QPR– 17 of youse got that!

Howard T & Lily T got the dull-all at Goodison

Pete H got the 0-2 Motherwell win over Aberdeen

However, this week’s best correct score, and new Best Correct Score Of The Season, goes to Robert Howarth for his I’m-having-my-cake-and-eating-it-too inspired, Dundee 2 Celtic 4!

Neil Templeton was on “Bet of the Week” position 60th in Week 6, so we asked him to provide a treble selection for the £3 “trixie” bet.

“Unfortunately the baseball season is over but my team – Atlanta Braves – won the World Series so not all bad news. Bit like Leicester winning the Premier League.

Andy Fowler is at 45th this week….

Andy la, I need your 3 choices for a trixie by Friday, please!

Can you get us a “full house”?

Jack Buxton stays top, but now only 6 points ahead of Simon B, who in turn is three points in front of Chris D…

Predictz stays rooted to the bottom, eleven points behind Alex T, who in turn is 1 point adrift of Moi…(whoop whoop!)

In order to be invited to enter the PAS Cup 2022 you will have to finish in the Top 32 after 13 weeks of play. Currently sneaking the last spot is the crisp & dry…Bry Derbyshire!

It’s International Week next week – anyone fancy a crack at 75 points?