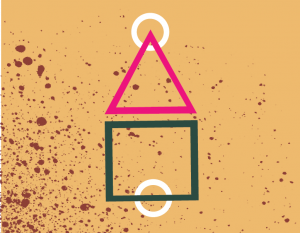 Erm, if you got less than 15 points this week…

After last week’s mediocrity, it had to be a better week, eh? Well, for me at least, no!

Around a dozen people were in with a shout of nabbing the £20 prize (61 punters scored 20 points or more this week – which is good but also a bit rubbish for the others…ahem) but it was my ol’ drinking in Dublin Darlo mucker that managed to steal the accolade by way of that Liverpool thriller – or maybe the fact he had the temerity to put Blackpool down to win. From the ridiculous to the sublime…

We’ve got 92 real people playing this season (well done us & thanx to all who recruited a “newbie”!) but it would seem, with volume, comes complacency!

One third couldn’t manage more than 19 points this week as correct scores were even more elusive than usual.

However, only 2 players registered “zero” in the column marked “CS” – and single-digit scores were attributed to only one.

Dan Clarke 8 (1) you really are all alone this week…

And back down to earth…most popular score was Tim’s 1-2 win at Aberdeen– 25 of youse got that!

9 got the Eagles “Desmond” with the Foxes

4 turned up Burnley 0 Norwich 0. Then sobbed a little bit as he thought of those poor souls who were actually there…

However, this week’s best correct score (and new Correct Score of the Season!) goes to Rob Currin for his I-like-exciting-posh-things-but-not-United inspired, Peterborough 2 Bristol City 3!

Dan Hogwood was on “Bet of the Week” position 83rd in Week 1 so we asked him to provide a treble selection for the £3 “trixie” bet.

He went big, and…

Burnley to beat Norwich – ooooooh, no

Justin Corliss is at 60th this week….

Mr C, I need your 3 choices for a trixie by Friday, please!

They can be any choice you want btw – BTTS? Goalscorers? A mixture??!

They don’t even have to be football! Horses? American Football? Golf?? Strictly??! Actually…

Pete Britton moves up four places to the top, 2 points ahead of Lee F who, in turn, is one correct score ahead of Steve M in third…

Dan Clarke is having a baptism of fire as he drops two places to the bottom, seven points behind Neil T, who in turn is 1 point adrift of Howard T…

In order to be invited to enter the PAS Cup 2022 you will have to finish in the Top 32 after 13 weeks of play. Currently sneaking the last spot is a fruity Italian Red…Alex Rossi!

Just a few of you to pay up and then we can reveal the prize money! So hurry up Mark J B, Matt W and Julian F!