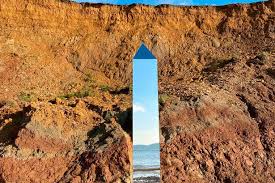 It was an above average week this week, even Mr 2-0 sat happily in the middle on 30 points!

But average it was not at the top of the weekly pile – it was a right ol’ ding dong!

Thirty eight players breached 30 points or more and five of them produced our very own Super Saturday. And Sunday…and Monday.

Paul H was right up there on Sunday morning – but then spluttered until Monday night.

Ben McK made a surprise foray to the top table but fizzled out after 4 points from Vardy’s 90th minute party piece.

That left Howard Thomas 43 (7) out front and odds on for a top bins accolade.

However, putting faith in Arsenal & Celtic these days is a dangerous, nay, foolish pursuit…

On to Monday then, and Tony Morris 43 (7) couldn’t have possibly envisaged his 1-2 Southampton prediction coming in (HOW was that a pen??!) but, come in it did!

So we have joint winners splitting the £20 prize…and Tony M’s second of the season!

Seven of us suffered the nightmare (well) before Christmas this week.

Four of us didn’t register a correct score.

We all managed to get into double figures though! Ummmm, yay?

No ideas…most popular score was Southampton’s 1-2 win at Brighton– 34 of youse got that!

However, this week’s best correct score goes to Justin Corliss for his now-the-Kopites-are-back inspired, Liverpool 4 Wolves 0!

Paul Carter was on “Bet of the Week” position 33rd in Week 10 so we asked him to provide a treble selection for the £3 “trixie” bet.

George Triantafillou is at 45th this week…

Cobber, I need your 3 team treble by Friday lunchtime please – can you get the first full house?!

Danny Ashworth stays top, 8 points clear of Pete B who in turn is sixteen points ahead of Paul S in third…it is all over now.

Darren McCarthy slipped three places to the basement spot, five points behind Stuart F who in turn is 2 points off Neil O…