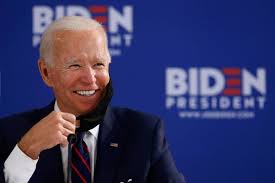 You got the flo’, Joe… Spread The Faith!

Seven happy souls managed 30 points or more this week and my, they were a tight bunch.

Emerging from the peleton was tough – Matt W put in a big shout heading the way in the final sprint, courtesy of a 2 x 9 pointers!

That paved the way for newcomer Gary McCarthy 36 (5) to swoop in thanks to a double last-minute gift!

Or maybe it was that Pompey draw that nosed him in front of Danny A on the line?

Did you suffer like the 15 that scored fifteen points or less?

No one dipped so low as single digits though.

But, 11 got zero correct scores.

Bless! Like peas in a point averse pod….come back brighter boys!

Wow…most popular score was Huddersfield’s 1-1 draw with Luton– 25 of us got that!

Nine got Ipswich’s “Desmond” with Pompey

Six had Blackburn’s 3-1 win over QPR

Five got the dull-all at Hillsborough

Simon Linds & my mum believed in Darlo. A 1-2 kinda belief…

Dave N & Martin S turned up Brighton 0 Burnley 0. Then sobbed a little bit as they thought of those poor souls who could’ve been there.

Matt W said “Look at me! Yes! Me!” for his Scunthorpe 2-3 Solihull Moors

However, this week’s best correct score goes to Simon Buxton for his I-bet-Pab-had-one-four-so-i’ll-go-one-bigger inspired, FC United of Manchester 1 Doncaster Rovers 5!

Ben Hogwood was (eventually!) on “Bet of the Week” position 33rd in Week 6 so we asked him to provide a treble selection for the £3 “trixie” bet.

Dunfermline (away at Ayr) – didn’t get in…
Hearts (home to Inverness) – get in!
Raith Rovers (home to Greenock Morton) – get in!

Neil Meredith is at 45th this week…

Danny Ashworth remains top, now 12 points clear of Alex T who in turn is now fourteen points ahead of Pete B in third…is this the breakaway for the title?

One(!) crashed the Top Ten.