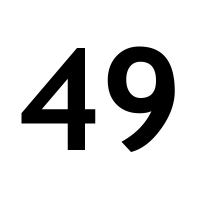 “The Boy with the Arab Strap”:

So, the “weather” continues to put pay to our fixture list, and boy, did some of us need that extra game eh?

Cos it really was gonna be 3-2 right?

In a week that saw yet another game postponed, only 7 players managed to score more than 25 points!

Three of them even managed topped 30 points.

Paul C was the early pacesetter only to see Gary B sitting pretty on a massive thirty-one points with one game to go.

But, with five games to go, our £20 weekly winner amassed a massive 13 points, cruelly snatching a veteran PASer’s moment of glory from his grasp to consign him to wait even longer for that elusive weekly win (and he’s been waiting since 1989 folks!)

Yep, Hira Yonzan 35 (4) must have been happier than an Arsenal fan this week as his ridiculous Sunday afternoon prediction landed just in the nick of time!

Well done sir – your enthusiasm for PAS has been infectious (no pun intended!) since you joined, a well deserved win, more power to you predicting elbow!

“I Want The World To Stop”:

A crippling week for some, especially the 55 bods who scored no more than 20 points.

Mike Krasnowski & Buxtons, Jack & Simon 9 (0) were most deflated this week as a kinda family trait of worst scores was the order of the day…

No doubt being kind gents, giving Frankie the week off…

Interesting week…most popular score was Millwall’s 1-1 draw with Bristol City – 19 of youse got that!

Thirteen landed on the two-two in West London. The wrong side of London…

12 got Swansea’s “Desmond” with Blackburn

Simon Linds, Stuart F & Hira Y will shout out loud about the humbling of Spurs by Wolves

However, this week’s best correct score goes to ummm, no one, cos there-wasn’t-a-unique-correct-score-this-week!

Jamie Sellers was on “Bet of the Week” position 45th in Week 3 so we asked him to provide a treble selection for the £3 “trixie” bet.

“you want me to tell you three winners for this weekend, am I right?
Here goes, then:
QPR
West Brom
Gillingham
Good luck to everybody, and may they all get less points than me.”

Patricia Fernandez is at 65th this week….

Mum, I need your 3 team treble by Friday, please!

This will be very interesting…

“Step Into My Office, Baby”:

Hira Yonzan moves up 1 place to take top slot –  11 points ahead of Paul C who, in turn, is 1 point ahead of Howard T in third…

Frankie Fernandez drops one place to the bottom – four points behind David G who, in turn, is 2 points away from Ric P…

“The Stars of Track and Field”:

Round of Sixteen 2nd leg games went ahead this week…

We had 6 successful jokers! 2 hammerings! 1 heartbreaker!  And, 3 away wins!!

But what were the aggregate scores??!

In the 1st Round Proper, Richard H took advantage of his wildcard entry to be rewarded with a home tie against the Wizard of Oz, Scott H had his joker to thank and takes on the Belfast Boy, Red Tony Morris avoids his brother and must be relishing the prospect of an off colour Red Neil M in a Manc/Scouse derby, Pete H pulled off an epic away win and has it all to do again against the replay victor Rob C, Frankie rewarded me with an away tie against my old mucker Mark S, Cup holder Kate S continues her defence versus lively newcomer Angelo H, fellow Board member Dan H takes on Sweden’s finest and family derby victor Ben H avoids another derby, but now takes on the ominous “syndicate” member, Jason M…

In order to be invited to enter the PAS Euro 2020 (with benefits!) you will have to finish in the Top 32 after 13 weeks of play. Currently, sneaking the last spot are the unsplittable…Bry Derbyshire & Jamie Sellers!