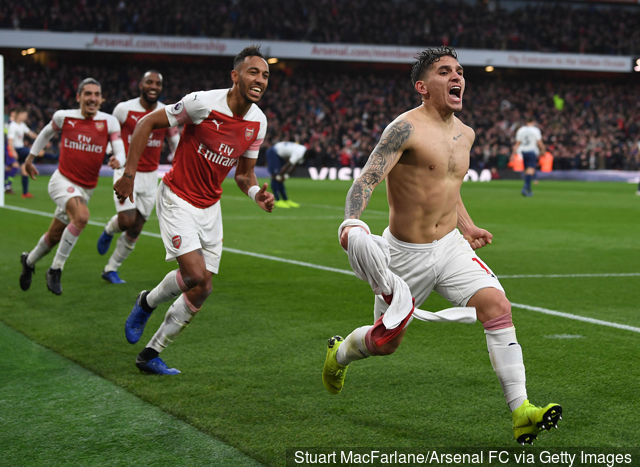 “Some Kind Of Wonderful”: Did you miss predicting your scores this week?

Wise choice on either as 19 punters scored 30 points or more in a horrible week of results (for some. A lot. Me, basically…)

6 people could’ve won it as the bottom feeders rose to the top for their 15 minutes in the sun.

He left it late though as his final, crucial, correct score came in the guise of Guiseley going out the FA Cup to Joey’s Fleetwood.

Twenty nine players posted 20 points or less as the last minute goals either went in (yeah, you Pickford!) or didn’t materialise (why coudln’t we get a 5th??!)

Although, technically, you could say they did just that…

Not sure how, but you lot crushed it…most popular score was Rangers’ 1-2 win at Hearts – 32 of youse got that!

5 got the 3 goal demolition of PNE

Dave N, Chris B & Lee F got the dull-all at the Racecourse Ground

Rob C was on “Bet of the Week” position 11th in Week 9 so we asked him to provide three results for our “trixie” £3 bet.

We won!! Another good win too!

Leicester v Watford – boooo (how did Watford not score?!)

Paul H, you’re up next! I need your 3 team treble by Friday please! Another tough act to follow…

“Too Busy Thinking About My Baby”: Paul Vinson drops two places to rock bottom, one point behind Alex R who in turn is 8 points off Frankie F…

It was really exciting! For some…

We had 11 successful jokers! 4 hammerings! 2 correct score heartbreakers!! And, 9 away wins!

Congratulations to Martin S, Kyle B, Dave N, Justin C, Jazz S, Arthur H, Ryan G & Ben H who’ve all made it through to the knockout stages next year!

Currently sneaking the last spot is the “definitely not coached from the sidelines”…Kate Slee!

The What’s App group was reminiscing about the “End of Year Poll” we used to run – so we may well bring it back!

A mere 6.8% thought the Saints could draw!

2.3% had a crystal ball to see Brentford drawing at WBA!