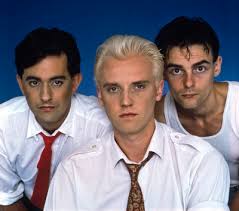 “Opportunities (Let’s Make Lots of Money)”: It was a good week to be good!

And lots of people were good.

23 players amassed 30 points or more and all were in with a good shout of the weekly prize.

Going closest were Brett A, Mark P & Paul H – all hitting the high end of the thirties…

Close as it was though, it took a nonchalant 93rd minute goal from the Premier League runaway leaders to secure Arthur Harrison 42 (8) the £20 reward…

“What Have I Done To Deserve This”: This definitely wasn’t a week to be bad at PAS.

Lots of people were bad at PAS.

See what happens when you don’t pay your entry fee on time?

Didn’t I do well…most popular score was Brighton’s 1-1 draw with Leicester– 36 of us got that!

Twenty six were all over the 0-3 to the Celtic

22 got the Rangers 3 goal demolition of Livingston

Six got the dull-all at the DW

However, this week’s best correct score goes to Patricia Fernandez for her don’t-call-it-a-comeback inspired, Hibs 2 Dundee 2!

Debbie L was on “Bet of the Week” position 65th in Week 8 so we asked her to provide three results for our “trixie” £3 bet.

Rob Currin, you’re up next! I need your 3 team treble by Friday please! Tough act to follow…

“Left To My Own Devices”:  Alex Rossi drops one place to the bottom, four points behind Patricia F who in turn is 9 points off Paul V…

Currently sneaking the last spot is the “You Man Yoo, you?”…Tony Morris!

£1.15 for a Greggs sausage roll in New St station…

100% of people correctly thought Everton & Rangers would win at home!

0% thought Huddersfield would win away!