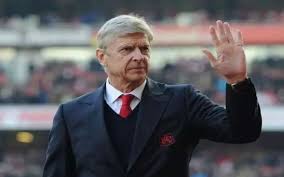 In a week that had 15 punters notching 30 points or more, it was the only one to get over forty who walks away with the prize…

The strategy of 2-1 (he used 8 – we checked. We’re always watching and checking for “blanketeers”) really paid off for John Jennings 41 (8) this week, but ultimately it was the first match 5 pointer that sealed the £20 bonus!

Well done John – the contenders were further away than one of Uncle Pat’s huge punts upfield – at Highbury, not WHL…

“Whistle Down The Wind”: Another miserable week for some even though it’s proving the tightest field in PAS history – one blinding week could change everything!

Hanging on to that thought are the twelve that only registered 15 points or less.

Well done (everyone but me)…most popular score was Leeds!Leeds!Leeds! 2-1 win over Barnsley – 28 of youse got that!

Martin S got the bore draw between Ross County & Motherwell

Paul C got the stalemate that was Watford v Palace

Patricia Fernandez stays stuck to the bottom, now eight points behind Neil C who, in turn, is 1 point off Paul C…

Simon Buxton visits Danny Ashworth in the other semi final (can he halt Mr B’s bid to win 3 CLs in 4 seasons?)

It was the Semi Finals this week…

someone won on 29 points!

someone lost on 27 points!

Congrats to our finalists, Alex and Rowan!

In order to be invited to enter the PAS Copa do Mundo 2018, you will have to finish in the Top 32 after 13 weeks of play. Currently sneaking the last spot is the “I can fix this!”, Dave Nicklin!