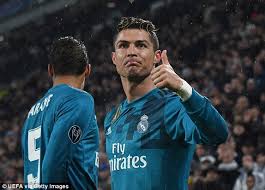 Remember that kid who had that Adidas Tango before everyone else back in the day (and i’m talking ’78 original, orginal here!)?

And he was rubbish at football and everyone was better than him?

But you played along with him anyway and let him have first pick n that, cos, y’know, he had * the ball * and it was kinda his game?

Well, that’s me that is…

One person who’s got his own game*, and is deffo not rubbish at it, is Pete Britton 48 (8) who has now got game on mine as well!

And he’s rubbed salt into my red raw wound by taking the best total of the season off me too! (And you Simon B)

And he supports City.

So well done Pierre, £20 coming your way matey, go spend it some EPO like all your players do…

(did I just say that out loud?) <cringe>

Oh, and spare a thought for those 10 others that smashed in a 40 point + week.

Yep, it was brutal to miss out.

Missing out most though was Debbie Lee 12 (0) – ooooofff!

Honestly, I was speechless…most popular score was Tims’ 3-0 win over Ross County – 29 of youse got that!

Nine got the 3-1 Cardiff win over Burton

Neil C (again!) got the 1-3 Spurs win over Chelsea

I forgot to put the bet on!

“Stop Me If You Think You’ve Heard This One Before”:

Daniel Vinson is still bottom, now only six points behind Paul C who, in turn, is 2 points off my mum…

“There Is a Light That Never Goes Out”:

It was the PAS Champions League Quarter Final 2nd legs this week!

It’s the Quarter Finals next week…excited??!

In order to be invited to enter the PAS Copa do Mundo 2018, you will have to finish in the Top 32 after 13 weeks of play. Currently sneaking the last spot is the mustard…Ben Hogwood!

Got any Grand National tips?