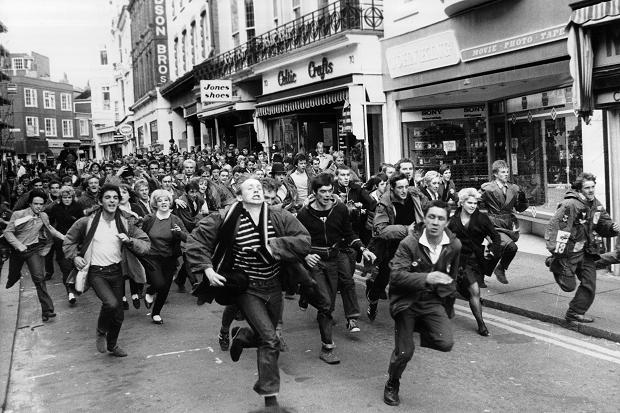 “Quick! Ferdy’s got some blues…”

“I’ve learned more than you’ll ever know, even at school I felt quite sure, that one day I would be on top…” sang the Modfather back in the day.

In this modern world (well, er, this week) only 5 punters managed to score 30 points or more as our beautiful game continues to be, quite frankly, unpredictable to most.

That 1-1 was enough to take Dave Crisp 40 (8) clear at the top and no doubt cement his love of Brighton even further as this week’s “Bobby” lands in his slim fit 3 button number.

“Repeated Offender”: Confelicity is a good word…What? No. Look it up!

Mark S didn’t even get a correct score!

Gary Blackburne 9 (0) was the baddest of a bad bunch this week but probably couldn’t care less as Wilf came back fierce & proved the doubters wrong – viva les Eagles!

Personally, it was miserable once again– most popular score was QPR’s 1-1 draw with Sunderland – 29 of youse got that!

10 got the last kick of the game “Desmond” at Craven Cottage.

Six got the other two-two between Southampton & Newcastle.

4 got the dull-all Lincoln v Cambridge.

Clare T, Gareth M & James C just knew no one would score during Sky’s “Match of the Century” in Liverpool

James C (again!) & Debbie L went away with a warm glow of smug satisfaction as St Johnstone 0 Rangers 3 flashed up on the full times…

However, this week’s best correct score goes to Tom Storer for his “I know my Albions mate”, Bristol City 0 Burton 0!

We tripled up on the stakes…

“When I’m Alone“: Eddie Osborne slips one place to the basement slot 4 points behind Dan H who in turn is 1 point off Will O.

In order to be invited to enter the PAS Cup 2018 you will have to finish in the Top 32 after 13 weeks of play. Currently sneaking the last spot is the not lessly…Peter Morley!

Matchday 2 fixtures can be found here

All but two payments have come in – I will have the prizes confirmation next week!