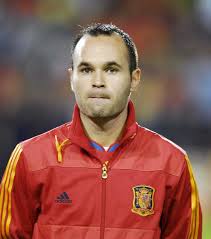 “Tomorrow Comes Today”: You can tell it’s the end of the season – people put down crazy scores, crazy scores come in. Mr 2-0 is oversubscribed as people “forget” or drift off into the spring sunshine (well, maybe not in MCR. Actually…). Form goes out the window & “coupon busters” are celebrated by bookies across the country. So how do you combat this perennial problem? Don’t ask me, I got less than Mr 2-0 this week – grrrrr! (and I tried sooo hard!!!)

Maybe Danny Ashworth 33 (7) can tell us how he came up on the blindside with two correct scores from the last two games to slip the last £20 from my mum’s hands? My money’s on the fact he knew that Spurs would hit the bar & post to keep a 2-0 scoreline at the Lane a respectable one…

“On Melancholy Hill”: It’s the end of the season, there are crazy scores expected and the sun really was out with a vengeance. Why bother doing your scores?

Kate Slee/Olly Osmond/Richard Hughes/John King 6 (0) are all wondering just that. Well, our Dan may have an insight for you guys…

“A little stat for you, it was the fourth lowest average player score in a week ever!

Doesn’t help does it….

Not a bad effort considering…. – most popular score was Burton’s 1-1 draw at Barnsley – 18 of youse got that!

Six got the ding dong 2-2 between Jambos & The Jags

5 got the tasty Derby 3-1 win over hapless Wolves.

Clare T & Julian F got the bore draw in the Potteries

Tony M got the “Desmond” that was Middlesbro v Man City

However, this week’s best correct score, and Best Correct Score of the Season, goes to Patricia Fernandez for her so-you-think-I-don’t-know-about-football-eh? inspired, Motherwell 2 Dundee 3.

Tony Davenport takes on Jack Buxton in a two-part final, the showcase being Chelsea v Arsenal.

All results so far can be found here

Not the week to record your worst score ever, and two of our semi-finalists did just that – but did they get through??!

Our finalists will battle it out in a two-part final, the showcase being, ahem,  Juventus v Real Madrid…

In order to be invited to enter the PAS Champions League 2017/18 you will have to finish in the Top 32 after 13 weeks of play. Currently sneaking the last spot is… you’ll have to wait until at least the Premiership is over! Why? Cos it makes it exciting, that’s why….ha!

Please come back soon. September actually. Make a note as you’ll be getting a constant stream of reminders from August onwards…

One thing I will say about next season is that it will be REALLY special, so don’t be going all AWOL on me!

Special thanks to Dan & Dave once again for all their tireless work behind the scenes – they’ve made us amazing (well, bar my ubiquitous glitches obv…)

Prize Money Update  – League, Cup & CL prize money will be paid out at the end of the season. So don’t worry, that nasty Prime Minister lady hasn’t got your winnings – I have!