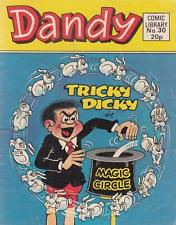 “Tell Me When My Light Turns Green“:  This speech is my recital, I think it’s very vital, To rock (A rhyme), that’s right (On time), It’s Tricky is the title, here we go….

Fourteen people managed to get over the 30 point mark in a difficult week this week, but that included Mr 2-0 and his lazy disciples (yep, all seven of them – shame on you…although it paid off this week innit!).

So, getting 35 points looked like you were quids in then – that’s where Paul V & Andy S were at.

But, what they didn’t bargain for were the late late goals for Aberdeen & Fleetwood giving Richard Hirst 37 (6) a two point push over the line to claim the £20 weekly prize!

The “syndicate” win again then in an amazing season for them – we must stop them people, they’re nicking our money!

“There, There My Dear“: Getting 10 points or less in a bad week is still pretty shocking! Frankie F has gone all “Spursy” of late after threatening the best “Fernandez” finish for a decade (spare a thought for her though – that “backspin” for a grateful Thibaut Courtois in the last minute of the semi final? Frankie had 4-3 for that…) but a least she hit double figures!

Worse though was Mark J Brown 8 (0) – that Dubai heat getting to you son?!

12 got the thrilling Brentford 3 QPR 1

5 got the bore draw between Wigan & Cardiff

4 got Bradford’s 3-0 demolition of the Wombles

Richard H, James C & Danny N got Wolves 0 Blackburn 0. Then sobbed a little bit as he thought of those poor souls who were actually there.

However, this week’s best correct score goes to Paul Vinson for his love-a-last-minute-winner-me inspired, Gillingham 2 Fleetwood 3!

44% Huddersfield vs Fulham – Fulham to go up?

“Jackie Wilson Said (I’m In Heaven When You Smile)“: Jason Morris stays top and now goes a whopping 36 points ahead of Richard H who in turn is one points ahead of Charlie H in third…

“Burn It Down“: Neil Critchlow stays rooted to the bottom and now eight points behind Patricia F who in turn is now 20 points off James C…

In order to be invited to enter the PAS Champions League 2017/18 you will have to finish in the Top 32 after 13 weeks of play. Currently sneaking the last spot is…one of our own, Dave Nicklin!

The PAS Cup Semi Final results can be found here

Jason had 3-1 on his Newcastle joker, saw Tony miss out on City…but then watched in horror as Mr D nailed a 4-1 correct score in the last game of the week to go through!

Congrats to our finalists and commiserations to the losing semi finalists…

And Another Thing: I really hope he stays…..hahaha!