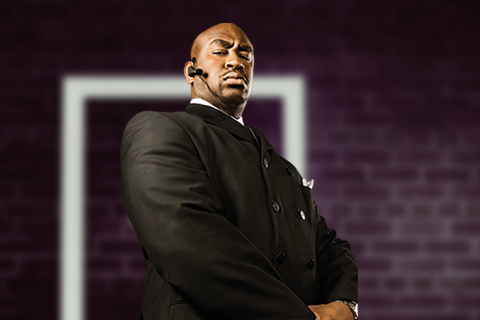 “Champagne to the dancefloor!”

“You’re The Sweetest One”:  Ahhhhhhhhh the 80’s…you went to football and if you came back unscathed it was result in itself. Great times.

Then when you went to “relax” with a few pints at the local nightclub later and dodging tables, chairs & half pint glasses was a breeze in comparison – or maybe that was just south London…

A few people revelled in those violent times and some even made money out of it – usually big f*ckers to be fair.

And all they did was stop you gaining entry cos you were in a group, had trainers on or looked about 12. Easy money eh?!

Oh, and they were usually draped in the “Poison” soaked ladies too – or maybe that was just south London…

Easy money this week then for my old mucker Howard Thomas 45 (7) who brushed aside his nearest threat by virtue of 10 while points. The other two who dared manage to get close on over 30 points were metaphorically dispatched head first through the double doors (mate). Job done.

Congrats Howie, £20 is winging it’s way over to you right now – promise!

But mess with me and i’ll be back with a shooter….

“I Really Didn’t Mean It”: Lent is probably to blame for leaving players withered and weak through lack of chocolate as 35 of you couldn’t even break the 20 point barrier!

Four didn’t even get to fifteen points!

Rob C didn’t even get a correct score!

Neil Critchlow 13 (1) is no doubt face first in Tony Montana pile of Cadbury’s in a vain attempt to avoid humiliation next week….and if he isn’t, he should.

Easter is rubbish innit…most popular score was Aberdeen’s 1-2 win at St Johnstone– 34 of youse got that!

Eight got the 3-1 Toffee win over Burnley

6 got Leicester’s “Desmond” with Palace

Neil T got the bore draw between Kilmarnock & Hearts

We crashed! And burned! Spectacularly!

44% Dundee vs Hamilton – I don’t understand the Scottish Prem…

It’s as sure as Arsene is gonna stay…

“I Wanted Your Love“: Neil Critchlow stays rooted to the bottom and now seven points behind Patricia F who in turn is now 9 points off James C…

In order to be invited to enter the PAS Champions League 2017/18 you will have to finish in the Top 32 after 13 weeks of play. Currently sneaking the last spot is…the Brighton Hoop, Jamie Sellers!

And Another Thing: We beat Boro…Arsene is a tactical genius!