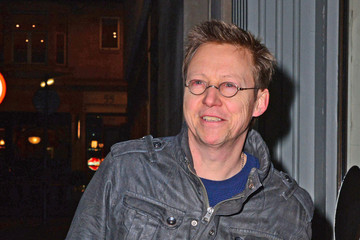 “So, Arsene has never finished below us eh?!”

“A Night To Remember”:  I’ll cut to the chase people, its been a painful week! If you didn’t score 40 points or more, look away now, we should’ve taken the Mr 2-0 route.

How brutal is that??!

19 people hit the magical 40 plus points with ten of those surpassing the season high of 45 set by Jerry S – wow!

So, thanks in main to the Lior Refaelov correct score busting goal for Israel, Simon Lindsay 51 (8) salvaged his season and nabbed the £20 for good measure.

Congrats mi amigo, let’s hope the Arsenal can take your lead in the weeks to come eh?!!

“Dead Giveaway”:  If you had a bad week people, you had a really bad week!

I really really hate International week…most popular score was Poland’s 1-2 win in Montenegro – 24 of youse got that!

Thirteen were all over the 0-3 to Macedonia

Six got the dull-all in Bucharest

5 got the 3-1 Bees win over Cheltenham

Four got Sweden’s thrashing of Belarus

Pete B & Yours Truly got Cyprus 0 Estonia 0. We sobbed a little bit as we thought of those poor souls who were actually there.

However, this week’s best correct score goes to Mark Seels for his let-the-haters-hate-i’m-back!-inspired, Andorra 0 Faroe Islands 0!

We lost once again.

53% Scunthorpe vs Bradford – ooooh close! Frankie had 3-3 down FYI…

49% Armenia vs Kazakhstan – a sending off and then disaster…

Looks a done deal to me.

“There It Is“: Neil Critchlow stays rooted to the bottom and now only five correct scores behind Patricia F who in turn is 10 points off Lee F…

In order to be invited to enter the PAS Champions League 2017/18 you will have to finish in the Top 32 after 13 weeks of play. Currently sneaking the last spot is…Woking Viking, Simon Lindquist!

The PAS Cup Quarter Final results can be found here

1 heartbreaker (No. Really. By a correct score…)

And Another Thing: He’s staying isn’t he…..