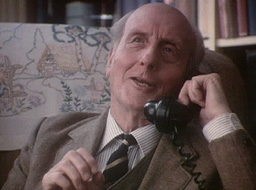 A time when you could actually remember about 15 phone numbers (yeah millennials, we really used our brains back then!) anyway and then you could access about a million more and make “prank” calls at 3am on a Sunday morning on the way home the “club”! Great times…

Do you know the dialling code for the UK?

Did you know if you times the last number of the Darlo dialling code by the 2nd last number, minus the 3rd number and then add the 2nd number you get 8?

Well you do. I did the math…

Spookily, Ben McKeown 44(8) was fly fishing this weekend, and whilst he didn’t hook a trout whilst wading amongst the shopping trolleys in the River Skerne, he did catch the £20 weekly prize.

Well done Benny boy – you can fund those TWO slap up meals you owe me & Chris D in Mrs Gregg’s flagship store next season now!

“What Did We Do To You To Deserve This?”:

My mum rang me on Monday distraught she’d “had a ‘mare” by only recording a score of 19 (2). Imagine then if you scored under 13 points!

Can you imagine not getting a correct score as well??

Can you imagine how Mark Seels 11 (0) feels limping in bottom of the pile this week?

Can you imagine the grief he’ll get from “The Syndicate”?

Can you imagine the smug face Richard “Tricky” Hirst is pulling right now??!

Well, I had a decent week, did you?…most popular score was Partick’s 1-1 draw at Kilmarnock– 27 of us got that!

7 got Forest’s “Desmond” with Derby

Six got the two-two in Blackburn. The wrong side of Blackburn…

6 got the dull-all at The Stadium of Light

Five got Rangers’ 4-0 deconstruction of Hamilton

However, this week’s best correct score goes to Dan Hogwood for his I-love-a-bit-of-injury-time-Rom-me inspired, Everton 4 Hull 0!

49% Leeds vs Brighton – Wood would wouldn’t he….spoiled a bumper payout there!

“Going Missing“: Neil Critchlow stays rooted to the bottom and now ten points behind James C who in turn is 1 correct score off Patricia F…

In order to be invited to enter the PAS Champions League 2017/18 you will have to finish in the Top 32 after 13 weeks of play. Currently sneaking the last spot is…Mr Dream Team himself, Pete Britton!

Can Jack B scupper Nick H’s march to a second consecutive Cup win?!

It was Quarter Finals 1st leg time this week – wow!

We had 4 homes wins!

And Another Thing: Shurely he can’t be staying….can he??!