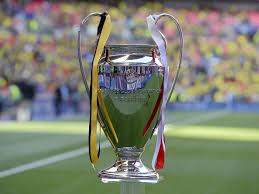 Oooh look! Not Arsenal colours then…

If you’re brave enough to give a bit of credit to a lost cause, then one day it may pay (ask Richard Hughes!).

25 players clocked up 30 plus points this week with five of them impressively hitting the 40 point mark and beyond.

Stephen P, back from a few years in a PAS-free wilderness, was looking good for a win as his beloved Toon smashed in a superb 1-3 win at Huddersfield and earned him 5 points to boot. Howay!

However, renowned Northern soul DJ and sample-meister extraordinaire Andy Smith 44 (6) saw his punt on lowly St Mirren scoring at Celtic in the Cup pay off to the tune of £2o as those nine points surged him to the top of the weekly pile.

It would’ve been poetic if you got to 45 though Andy!  (that’s a pun about vinyl millennials. And notice I said “vinyl” and not “vinyls”. Cos it’s “vinyl”. Ok?!)

“Sour Times”:  At the other end of the scale, 17 people took their chances and got nish joy – scoring under 20 points.

Hard lines Benny boy – get out into that bracing Darlo air and clear your head son! Or have a pint…in one of those 30 odd pubs you told me about the other week. Actually have a pint in all of them. It’s your birthday…

Some had a fabulous week…most popular score was Ipswich’s (the gift that keeps on giving) 1-1 draw with Brentford – 26 of us got that!

Ten more got got Leicester 3 Hull 1

And another 10 obviously guessed Spurs would beat Everton 3-2

Four got the correctly over-hyped 3-1 at Anfield – hmmpphhh!

Gary B (again!) & Will O got off to a flyer on Friday thanks to Leeds’ one-three

Will O (again!) & Steve M saw their typo come good on the game at Swansea

This is getting silly now….

46% Accrington V Barnet – apparently the Stanley keeper had a blinder…

Only Charlie H crashed the Top Ten. And how!

“Numb“: Ben McKeown slips six places to the bottom 2 points behind Neil C who in turn is 1 point off James C…

In order to be invited to enter the PAS Champions League 2017/18 you will have to finish in the Top 32 after 13 weeks of play. Currently sneaking the last spot is…the PAS Dave Kitson, Richard Hughes!