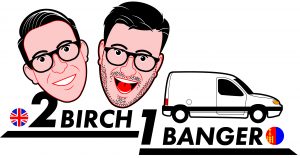 “★”: It was an intriguing battle at the top for pretty much the whole season given the sibling rivalry that fuelled the fire, but ultimately it was forgone conclusion as the weeks rolled on what with the relentless posting of high end scores by our new champion!

Once ensconced, it was at the summit all the way – only to drop in Week 7 to the hellish depths of third! (God, imagine…27th was a pipe dream for me!)

However, a recovery back up to the top slot was cemented in Week 9 and there he stayed. And how he stayed!

A phenomenal performance it has to said that came with a first – the 400 point barrier was breached!

Tony B’s long standing record points tally was smashed up (scant consolation T, but you still have the most correct scores!) and I think this new one is here forever!

Tony ended on a massive 35 point lead over another legend of the PAS game, Jazz Sian in second place (can Jazz stop Tony doing the double in the PAS Cup?). Be afraid people, the King is back and he finished 9 points ahead of newbie Ian Harrison in joint third place (great debut Ian – hut hut!) along with PAS Board member and, ahem, looker afterer of the back end, Dan Hogwood. Dan has been vetted, patted down and interrogated by Dave N and myself and, erm, we’re happy he didn’t nick anything…

Have you talked your boys through your CL qualification Seelsy??!

Old skooler & leading lady Clare Templeton chipped in at 8th just one point behind, and only another point back, Lee Ford finished in ninth, cocking a snook at that “difficult second season” syndrome.

PAS old boy, Charlie Harris did see the forest from the trees and pip squeaked into 10th by the virtue of 2 correct scores (much to the chagrin of Norman L no doubt)

A brief respite to the heady heights of 93rd (that’s second bottom to you & me) for three weeks couldn’t be sustained as a return to the basement slot from Week 9 meant my best mate takes the wooden spoon.

I cannot wait to present it to him (yes, this is the what it’s come to – schadenfreude!)

Ross B & Rob C made gallant efforts over the season to save Gary’s blushes but to no avail – good lads!

Anders H & Debbie L  might as well have given up the points so dire were the minus “goal difference” columns, Dave C was also in arrears and paid the price but you have to feel for Euro champ Howard T & Olly O who went out by a mere 4 goals deficit.

However the real heartbreak must lay with Scott Harrison who bowed out by just 2 goals in the tightest group of the lot!

So, congrats to the qualifiers, especially Danny Ashworth who amassed the biggest points haul and must fancy himself for a June appearance in the Final. One to be avoided then in the Last 16 draw eh?

Oh, the draw has been made and can be found here

The draw has been made and can be found here

Richard Hughes picked up £9 for getting the Best Correct Score of the Season by guessing – Inverness C T 3 Hearts 3.

“As some of you may know, in July next year me and my little brother (I say little, he is a few inches taller than me, the b*stard) will be setting off from Goodwood and travelling 10,000 miles in an old Fiat van across the globe as part of the Mongol Rally. And we are hoping to raise money for charity along the way
– full details here.
To get the fundraising off and running, I am going to host a charity quiz night at the Star on Wednesday 11th Jan – you can grab a space for your team here. Already confirmed are our special (celebratory) guest presenter and my 84 year old Nan plus some amazing raffle prizes. We really hope to make the most of this opportunity and raise as much as we can for two phenomenal organisations.
Also check out the sponsorship opportunities for our team on the Just Giving page. All amazing (if I do say so myself) and all cost significantly less than a Arsenal season ticket!
So there it is, that’s our story. If you want, follow us on twitter @2birch1banger and Instagram 2birch1banger” – Chris B

See you in a few weeks!