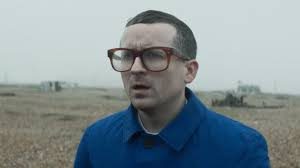 “yeah, yeah, yeah Brains…no strings on me though bruv!”

Me: “Frankie, you need to do your scores”

Me: “Yeah well, you still need to do them”

Me: “Look, the first games kick off in an hour…you like football!”

Frankie: “Hmmmmm, can I just watch this first?”

Me: “Look, i’ve done you a scoresheet that shows the league position of each team so you don’t have to ask me every single time “where are they daddy?””

Me: “Hmmmm, you’re putting all the better teams to win and the ones near each other in the league to draw – and a lot of low scores too”

Frankie: “Well, that’s what I think!”

Frankie: “There! Done! Can I watch the telly now?!”

Suffice to say I got 20 points this week and she got a magnificent 35 points with 6 correct scores – me told then.

However, spoiling a Christmas miracle of our youngest ever weekly winner was the Grinchness of Alex Taylor 37 (6) who has either the West Ham woodwork or ex-Gooner Kyle Bartley’s 89th minute winner to thank that enabled him to (hot)chip in to take the £20 prize.

“Dirty Old Town”: One Christmas present was early this year – Mr 2-0 10 (0) crawled home all bah humbug-like dragging down the 14 PASers that have obliviously clocked off early for the festivities with him. Ho ho ho….

Lots of clever clog people this week….most popular score was Brighton’s 1-2 win at Birmingham City – 32 of us got that!

John K was all over the 0-2 to the Hatters

Norman L got the 0-2 Wolves win over Forest

However, this week’s best correct score goes to Ben McKeown for his Mick-McCarthy-Is-A-Mackem-But-I’m-Not-Miopic inspired, Wigan 2 Ipswich 3!

“If I Should Fall From Grace With God“:

Tony Morris looks like he will be crowned Champion next week as he has a 35 point lead (will he break the current highest tally of 393? will he break the 400 point barrier??!) over Jason M who in turn is 6 points ahead of Ian H in third.

“Body Of An American“:

In order to be invited to enter the PAS Cup 2017 you will have to finish in the Top 32 after 13 weeks of play. Currently sneaking the last spot is…the ginger ninja, Richard Hughes!

Matchday 6 next week – the final group games of the season…

Chelsea are now 10 games
unbeaten in the league. This
time last year, they were
hovering around the relegation
zone and about to sack manager
Jose Mourinho.

There’s lots of speculation
about why it went so wrong,
but there’s one interesting
explanation leaking out of
the club. Remember the Eva
Carneiro incident? Shortly
afterwards Mourinho apparently
asked captain John Terry to
get the players in early for
training so that he could
apologise.

Something must have changed
his mind overnight though as
he didn’t end up making any
apology. He never regained
the dressing room after that.

I say whatever floats your goat.