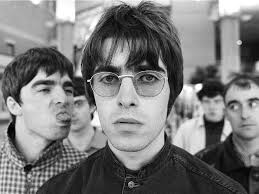 Don’t look back… “the Syndicate” get told.

I nutmegged my bruv in training once and as i skipped away (yep, i was like Anders Limpar in my day…) with a cheeky “nuts” side remark for good measure, he duly turned and chopped me down from behind in the neanderthal fashion of , say,  a Burnley utility player. One who gets the occasional run out against “good teams”…

Suffice to say, I planted his face into the snow covered training area quick style. Cos that’s how younger bruvvers learn to to mess with the hierarchy and know their place.

It’s alleged that Rhodri Giggs did a similar thing back in in 1987 and look what happened there….brutal!

Ex-red carpet striding film star Jason M is going to have to come up with quite a reply now as the latest round of PAS table topping sibling rivalry took a new twist where the “Syndicate” baiting (“Please do not include me in THEIR syndicate. I never have been and never want to be…”) brother Tony Morris 40 (6) smashed in a withering tally (only 8 other people scored over 30 points this week) to really cement his dominance on & off the “pitch”.

Smart work Anthony, £20 to have all to yourself is winging its way over.

Not sure if Peter M has any siblings but limping home with 9 points is sure to muster some sort of cat calling (well, it does in my house…)

It compares not one jot to the level of ribbing Sam Craig 5 (0) surely has coming her way though!

Remember Nitro Deluxe? Well, this week was more brutal than that….most popular score was Cardiff’s 1-1 draw Ipswich Town – 24 of youse got that!

24 also got the thrilling Arsenal 3 Stoke 1

6 got Celtic’s 1-4 demolition of Partick Thistle

Four got the dull-all at Fir Park

4 more got the bore draw between Dundee & Ross County

Brett A & Tony M got the two-two in Liverpol. The wrong side of Liverpool…

Martin S got Aberdeen 0 St Johnstone 0. Then wept a little as he thought of those poor souls who were actually there…

However, this week’s best correct score for the second week running goes to Dave Crisp for his We-Are-The-Mods! inspired, PNE 3 Blackburn 2!

43.42% – Swansea v Sunderland – nil-nil written all over it….well, it was supposed to have finished like that!

Tony Morris looks like he really does aim to stay top for the duration (that all time top score is seriously under threat too!) opening up a staggering 34 point lead over Jason M who in turn is 5 points ahead of Jazz S in third.

Pete B crashes the Top Ten

“Of All The Things We’ve Made“:

In order to be invited to enter the PAS Cup 2017 you will have to finish in the Top 32 after 13 weeks of play. Currently sneaking the last spot is…the stubborn Stockport stalwart, Ric Pardoe!

Matchday 5 games went ahead this week…

The drama continues to unfold –

We had 11 successful jokers! 8 hammerings! 2 heartbreakers! 1 close game! Two won their games with 17 points and 2 lost their’s with 24 points!

Congrats to Kate S & Danny A who will join James L in the knockout stages and commiserations to Julian F, Jamie S & Richard Hi who, like Rob C, will defintely not be joining them.

Everything to play for in all the groups (bar Group C). It’s soooooo exciting…oh, and that CL legend? He’s hanging in there!

Just in case you don’t subscribe to Popbitch…
RIP Greg Lake, who once wrote to
the Guardian to answer a reader’s
letter about Christmas songs:
http://bit.ly/2gZHtEa

Still Bored?
RIP Greg Lake, who once wrote to
the Guardian to answer a reader’s
letter about Christmas songs:
http://bit.ly/2gZHtEa