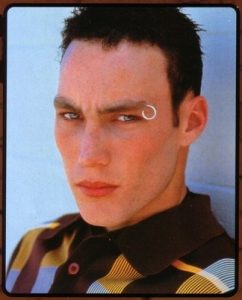 No. Chase ME! I was a playa in Melbourne…

“She Owns The World”:

Yep, up popped Mark Fawke 38 (7) to take the spoils and snatch the £20 for the 2nd time this season. “The Chase” star, The Beast, probably has Middlesbro’s Gaston Ramirez to thank for his winning goal v Hull (but probably more so that Leighton Baines spot kick conversion in the 89th minute) for the 4  points to take our Mr F one point ahead of pack.

Well done Fawkesy, the landlords of the Wirral will be fighting over your custom for the inevitable lock-in celebration…make sure you do it before 2pm on Sunday though eh?! You could be drowning your sorrows sunshine…

In what turned out to be a b*tch of a week for most getting correct scores, seven bods (yep, moi included…) clocked up no correct scores at all! Imagine if you didn’t even manage double digits??! Imagine if that was you Ross B!

Actually, it was you Eddie Osborne 7 (0)

I’m really really not feeling PAS….can we change it to Predict-A-Result? Anyway,  most popular score was Hamilton’s 1-1 draw with Partick Thistle – 37 of youse got that!

However, this week’s best correct score for the second week running goes to Francesca Fernandez for her I-superimposed-last-week’s-scores-onto-this-week-and-look-what-happened inspired, Cardiff 0 Brighton 0!

Tony Morris (he NOT of the syndicate and very much a lone wolf!) stays top continuing to play Noel to Jason M’s Liam but now nine points ahead!

Jason M is in turn now 14 points ahead of Jazz S in third. Hmmmmm, a peleton headed by “The PAS Legend”TM. Think I know what happens next…

In order to be invited to enter the PAS Cup 2017 you will have to finish in the Top 32 after 13 weeks of play. Currently sneaking the last spot is…Stockport stalwart, Ric Pardoe!

Every time you open a door
someone tells you to fuck off.”