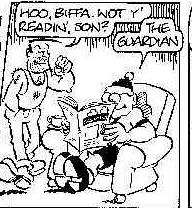 “What’s The Frequency Kenneth?”: Oooooh the heady heights of thirty plus points had me wondering like The Ox & Handsome on bench this week.

Will it be me?! Will I get the chance to shine, banish my self doubt and silence the haters, the cynics, the critics?

Like them it was a mere cameo when what was required was something spectacular, like a Larry B codpiece (see what I did there?)

Two x Sp*rs fans put me in my place cocking a snook (being unbeaten is sooooo 2000 n late…please make the lose God!) whilst cementing my ‘arris firmly down quite a lot like a Joel or a Yaya (nooooo, not that one!) with their 38 & 39 points respectively…

But one person clocked up forty plus points this week!

Ha! Ever told you of my love of the Toon?!

Ben McKeown 41 (6) swooped in like Championship dwelling phoenix that sits proudly on a fat Spaniard’s leathered forearm (hmmmm may have my birds mixed up there but you get the gist,,,) to snatch up this week’s £20 prize like a piece of jamon on a string.

Purveyors of real ale in the Tees Valley are readied and Mrs Gregg fired up the oven, smashed her pease pudding and chased down a few pigs as a night on the tiles is no doubt planned for displaced Geordies with smoggy accents any time soon…

It was looking like my mum & Ric P hand in hand in the corridor of uncertainty on the long walk of weekly shame ( 7 days it takes apparently).

But their collective blushes have been spared as Debbie Lee 13 (0) waltzed in with a return to yester year form to plough that furrow on her ownsome. Bless.

Four got the dull-all at Deepdale

…and 4 more got the bore draw between Barnsley & Wigan

Dan H tinkered with the PAS timelapse cog in the back end and nabbed WBA 4 Burnley 0 (when do I get my go boys??!)

However, this week’s best correct score goes to Steve Meaton for his I-know-my-Championship-onions inspired, Cardiff 3 Huddersfield 2!

49.35% Watford v Leicester – think i’ve finally worked out what the Foxes are up to this season…

41.56% Blackburn v Brentford – only an own goal scuppered us!

“Man On The Moon“: Tony Morris usurps his brother at the helm one point ahead of said sibling who in turn is three points ahead of Jamie S in third…

“Orange Crush“: Paul Vinson remains in the basement slot but now only 5 points behind Gary B who in turn is 6 points off Martin S…

In order to be invited to enter the PAS Cup 2017 you will have to finish in the Top 32 after 13 weeks of play. Currently sneaking the last spot is…”he bangs!”, Ricki Mackin!

Matchday 4 fixtures & all previous results can be found here

And Another Thing:  Talk me through the wonder of Ozil again?