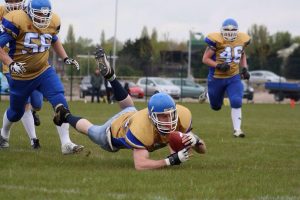 “Perfect 10”: Hut hut! More perfect 8 then 10 really – but it’s all about the gains in this soccer ball game we love & cherish innit! Thinking they had control of the line of scrimmage, ten people (including my mum!) gained 30 points or more. Pressuring the quarterback was Ric P (who started with 8 correct scores out of 15 matches, then hit the buffers like, um, he ran into William Perry), YAC specialist Debbie L thought she’d run away with it with 41 points. But, wriggling free like Dan Marino in his pomp, PAS debutant Ian Harrison 42 (8) sneaked into the end zone to claim this week’s £20 weekly prize. Cue wild celebtrations followed by the ubiquitous commercial break…

If you are to partake in what those foreign Europeans have on offer, make sure you do your scores before you go – otherwise it will all go up in smoke. Alex Rossi 8 (0) was caught out and damaged as a result.

Just say no is what PAS endorse.

This is not to be sniffed at.

You can go window shopping but you don’t have to knock on the door do you? Well then.

I’m just glad he didn’t run into an Egghead…

Personally, I found it difficult this week – most popular score was Partick’s 1-1 draw with the mighty Ross County – 23 of youse got that!

20 got Newcastle’s 3-0 deconstruction of the Tractor Boys

5 had the bore draw that was Swansea v Watford.

Ric P just knew it would be Brentford 0-2 Barnsley

Rob C made us all green by happening upon Burnley 2 Everton 1.

“A Little Time“: Ian Pratt remains bottom, now a mere 2 points behind Paul V who in turn is 3 points off the fast sinking Gary B.

In order to be invited to enter the PAS Cup 2017 you will have to finish in the Top 32 after 13 weeks of play. Currently sneaking the last spot is…the gentrification of West ‘Am, Chris Birch!