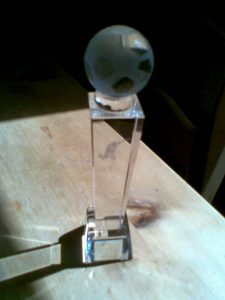 Actually, that Cersei walk of shame scene was very profound (can you tell i’m way behind cos i’m a DVDer?!).

And speaking of the dethroned, PAS King Jazz S was back to his royal bestest this week, past glories blazing as he strode majestically to the £20 weekly prize…

However, the very recently hapless Neil Osborne 39 (6) has a Super Sunday to thank for ousting Mr S into second place as he smashed in a Watford 0-1 and then jumped with joy as Jay Rodriguez fluffed his lines late on meaning Southampton stuck to a 5 point, 3-1 victory.

If Jon Snow makes a comeback half as good as that it’ll really be something Neil (sshhhhh, remember i’m only speculating – i’ve just finished Season 5!).

Keeping it in the family, and probably feeling as ruined as that redhead Joffrey turned into a replica of Saint Sebastian, Eddie Osborne 10 (0) limped home in disgrace this week…

After the madness of International Week, we’re back to cosy ol’ local Blighty matches – most popular score was QPR’s 1-1 draw with the Big Dutch Man – 28 of us got that!

14 got Norwich’s 3-1 deconstruction of Rotherham

10 got Southampton’s 3-1 win over Burnley & ten more had the bore draw that was Wigan v Burton Albion.

Bill P (welcome!) & Norman L made us all green by happening upon Arsenal 3 Swansea 2.

32.89% Stoke v Sunderland – never ever in doubt…until Jesus stepped up to the plate!

“Stay Beautiful“: Norman Lee moves up 2 places to go 1 point ahead of my old team mate Mark S who in turn is two points ahead of Nick H in third.

“Little Baby Nothing“: Ian Pratt remains bottom, now only 3 points behind Ric P who in turn is 2 points off Martin S.

In order to be invited to enter the PAS Cup 2017 you will have to finish in the Top 32 after 13 weeks of play. Currently sneaking the last spot is…not Big Sam or Little Sam, Sam Craig!

All payments have come in – thanks!